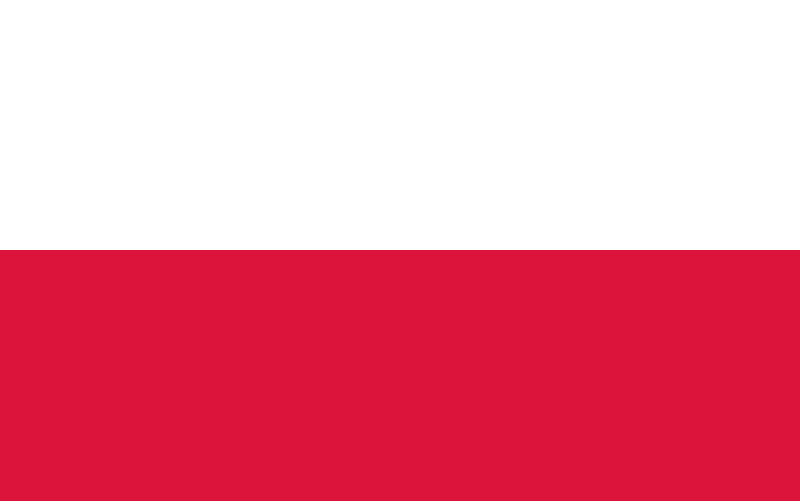 Unemployment has declined markedly in 2014 with 10.21%. Whereas 10 years earlier it was still 18.9% (http://de.statista.com/statistik/daten/studie/17324/umfrage/arbeitslosenquote-in-polen).

The stimulation of the labor market goes hand in hand with an increase in salaries (about 3.7% in the annual average to previous year). In view of a very low inflation, this also means a considerable rise in real wages. Wages vary widely by region and occupational groups. The national average wage of all industry sectors was 3.980 PLN / month (approximately 950 Euros) in 2014. The legal minimum wage is 1.750 PLN (about 418 Euros) since 2015.

Despite the growing international competition, Poland is presumed by German companies to be one of the most attractive locations in Central and Eastern Europe. His strengths are counted for EU membership, the access to comprehensive subsidies (2013: EUR 15 billion net; since EU-accession in 2004 more than 54.8 billion euros), the large, dynamic internal market, the geographical proximity to Germany and other major export markets, the availability of well-trained graduates and qualified, flexible experts as well as the presence of local suppliers and partners.

According to the German-Polish Chamber of Commerce (AHK), the business service sector (BPO/SSC/IT-Center) developed extremely dynamically in Krakow. By 2025, the number of employees in this sector could more than quintuple.

In Krakow about 100 service centers are already located. The largest employers with more than 1,000 employees include Capgemini, Comarch, Delphi, IBM, Motorola, Shell, State Street Bank and UBS. Every year companies get added: In 2014, 11 new centers were opened.

In the latest World Investment Report 2015 of UNCTAD (United Nations Conference on Trade and Development) Poland occupies the 20th place among the world’s greatest magnets for foreign direct investment.

In 2014, investment projects amounting to a total of 13.9 billion USD were brought to the Vistula. The result is significantly higher than in the previous two years: In 2013, there were modest 120 million USD and 2012 only 1 billion USD.

According to UNCTAD, the most significant foreign investors worldwide include the US, China, Hong Kong and Japan. Among the 20 largest investors Europe is represented by nine countries, including Germany (5th place), Russia (6th place), France (8th place) and the Netherlands (9th place).

Referred to AHK, the motor vehicle sector with 15 percent share belongs to the most invested industries in Poland, followed by the rubber and plastics industry (14%) and the software industry (11%).

The sales volume of the ICT sector in Poland amounts to about EUR 8 billion per year. The State Administration, which alone has awarded in 2014 contracts ad valorem about EUR 1.7 billion, remains the most important customer for IT companies. A further flood of orders for the suppliers may also bring the new EU support program: In the operational programs there are almost EUR 11 billion available for “Intelligent Development” and “Digital Poland“. Most important theme here is IT security. Cloud-based services gain also in popularity. Revenues from data centers are estimated at about EUR 270 million and increase yearly by 10%. Growing popularity enjoys the also IT Outsourcing, even among little- and medium-sized enterprises: According to ICAN Research 55% of them already use corresponding services.

Mid-2013 a third of companies interviewed by PMR (Market Intelligence Portal) provided already cloud services. And nearly two-thirds of providers rely on different applications such as ERP or CRM systems in the SaaS model (Software as a Service) which are also made available on the cloud.

2014, the greatest demand still centers mainly on areas such as e-mail, documents circulation, archiving and backup, as shown in a survey by the firm Oxford Economics. According to this 35% of the Polish companies use already cloud solutions. The predicted growth is about another 30% within the next three years, regarding the increased use of business management systems, business analytics, mobile solutions and cloud computing.

IT services in Poland

According to researches of The Association of Business Service Leaders (ABSL) the number of IT service companies in Poland is growing rapidly. GUS (Central Statisitcal Office of Poland) says it has increased by more than half, from 40.200 to 60.700, within four years (2009-2013). More than 60% growth in the number of companies was recorded in Breslau, Krakow, Lublin and Rzeszow.

Referred to IDC (International Data Corporation), the largest IT service clients in 2013 were the finance sector (24.1% share of the market), administration (20.5%), media and communication (ICT) (16.4%) and the manufacturing sector (14.3%). The structure of IT services according to the type of service delivered is becoming increasingly mature.

The service that will achieve one of the highest growth indexes is outsourcing, the share of which the IT services market will increase from 18.8% to 21.9% in 2013-2018. The most dynamic growth will be achieved by hosting infrastructure services (17.5% from 2013 till 2018) and hosted application management (17.6% from 2013 till 2018), which may be enhanced by wider use of cloud solutions.

Prepared for the time after