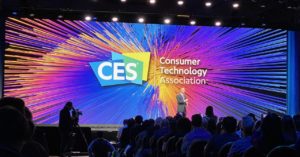 The CES is coming to an end and we had the chance to join the fair and some very interesting discussions. Many points where around AI and the impact to economy, transportation, public sector. Some other shown a clear picture of the increase of data volume and the leak of using the data. Still a way to go and the main topic seems to be the natural language recognition for a fluent conversation with a robot or the clearer use in a car, …

5G was also discussed with the point, not every process part will need 5G, and it is not clear, who is willing to pay for it. Car manufacturer see an open point in handling a multi-network-environment based on the fact that the coverage of 5G will be not as good as LTE or 3G. Also discussed was the fact, which computings should be done at the edge and which on the web. This will influence the realisation need. Business will use 5G locally on they plants to handle the bandwidth topic or the latency problem they will have with existing technologies.

Autonomous driving is in some cases possible and will come (not as fast as expected) but for example ro o taxis are coming sooner and transportation solutions within factories are still at work. The car as  a marketplace was a Vera interesting discussion bases on the fact that in an average a driver spends 55 min / day in a car. If he is not blocked by driving, he might be supported by shopping funktionalstes, marketing or with entertainment features.

Smart Cities should be oriented on the need of the citizens. There is no global blueprint how to do it. Seoul can be used as a living example of a smart city.

This were some of the discussions we joined a got an inspiration of. More other topics could be seen at the exhibition. Drones using fuel to reach longer distances, new ways of driving. A lot new car manufactures (Sony, Amazon via a partner, …), Homeautomation innovations, and much more. Was an interesting stay and gives us an idea of what will come and how this can influence the businesses around the world.

We use cookies to ensure that we give you the best experience on our website. If you continue to use this site we will assume that you are happy with it.OkNo